I define devised work as an original work created through collaborative processes.  Depending on the group and its specific needs, I will either start by facilitating the development of a performance concept or sharing my performance concept.  Then I teach participants a process emphasizing physical theatre exercises by which they can create scenes in small groups.  We then engage in a cycle of sharing, reflecting, assessing, revising, and creating to develop a finished work.

In devising the workshops, I encouraged students to take risks, break the bonds of the linear narrative, take on multiple voices, and write with their bodies.  ​ 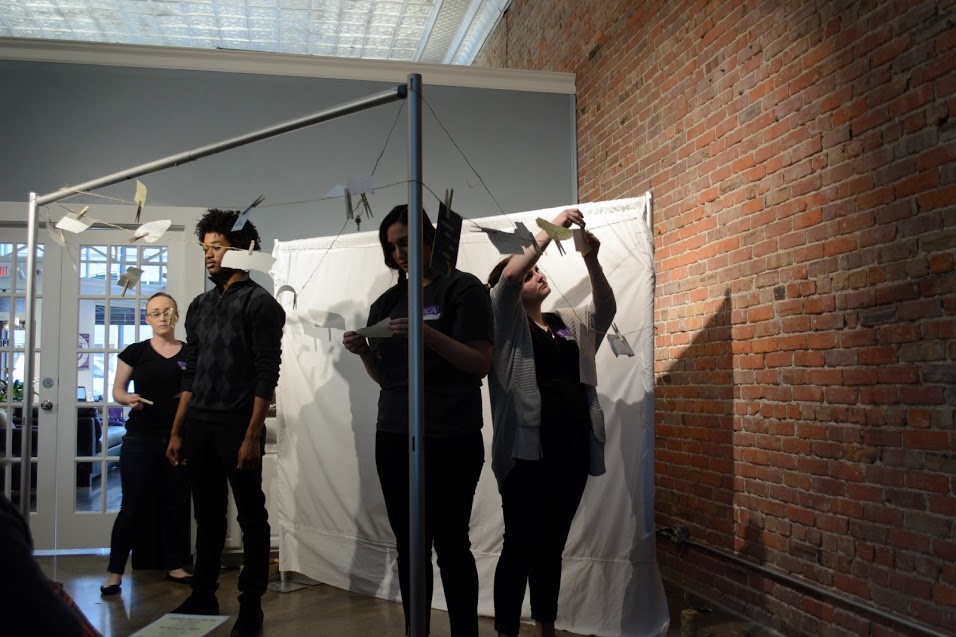 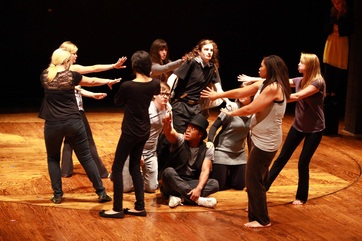 During the Summer 2012 Arkansas Governor's School, I facilitated students in creating a "subversive mashup" of Shakespeare's The Tempest.
We began by reading and performing The Tempest as Shakespeare wrote it.  I then led students in several writing prompts inspired by the original work--writing in-role, writing about the themes using water imagery, free-writes, etc.  Then I spliced the students' writing with Shakespeare's writing to create a new play.  In our version, the story is similar to the original until Miranda and Ferdinand meet.  Ferdinand and Miranda do still swear their love for each other, but Sycorax returns and casts a (dis)spell to reveal Ferdinand’s true feelings to Miranda.  Enraged by Sycorax’s (dis)spell, Prospero takes revenge on Sycorax’s son, Caliban, through Stephano and Trinculo’s bullying.  Sycorax frees Ariel from Prospero and then uses Ariel to free Caliban through a dream.  Prospero feels unsatisfied in his quest for revenge, so Caliban offers wisdom that prompts Prospero to receive a ritualistic cleansing from Sycorax.  Sycorax then reveals the heartbroken Miranda, whom Prospero comforts.   Sycorax and Prospero forgive each other, and all is well. 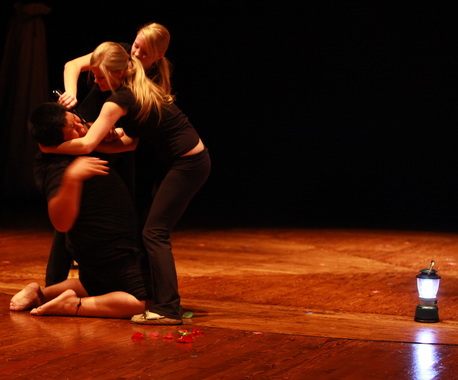 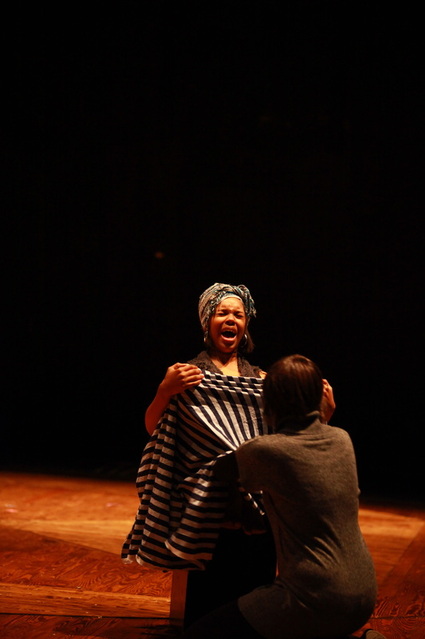 Sample Project 3:  Hope for the Honeybees 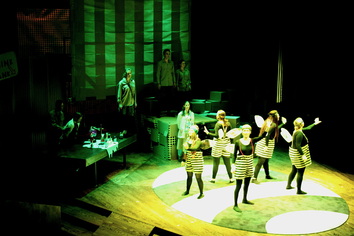 In Fall 2011, Hendrix College hired me to facilitate and guest direct students in creating an original piece of family-friendly theatre for their annual Family Day.  Over four weeks, the students and I created a play focusing on four child protagonists who discover a renegade flower in a futuristic post-honeybee world.  This discovery launches an investigation that causes them to question the "truths" espoused under the guise of "real science."  The play explores the disappearance of North American honeybees known as Colony Collapse Disorder.  We created this play primarily through improvisational and writing exercises, spending roughly two and a half weeks writing and less than a week in production rehearsals. 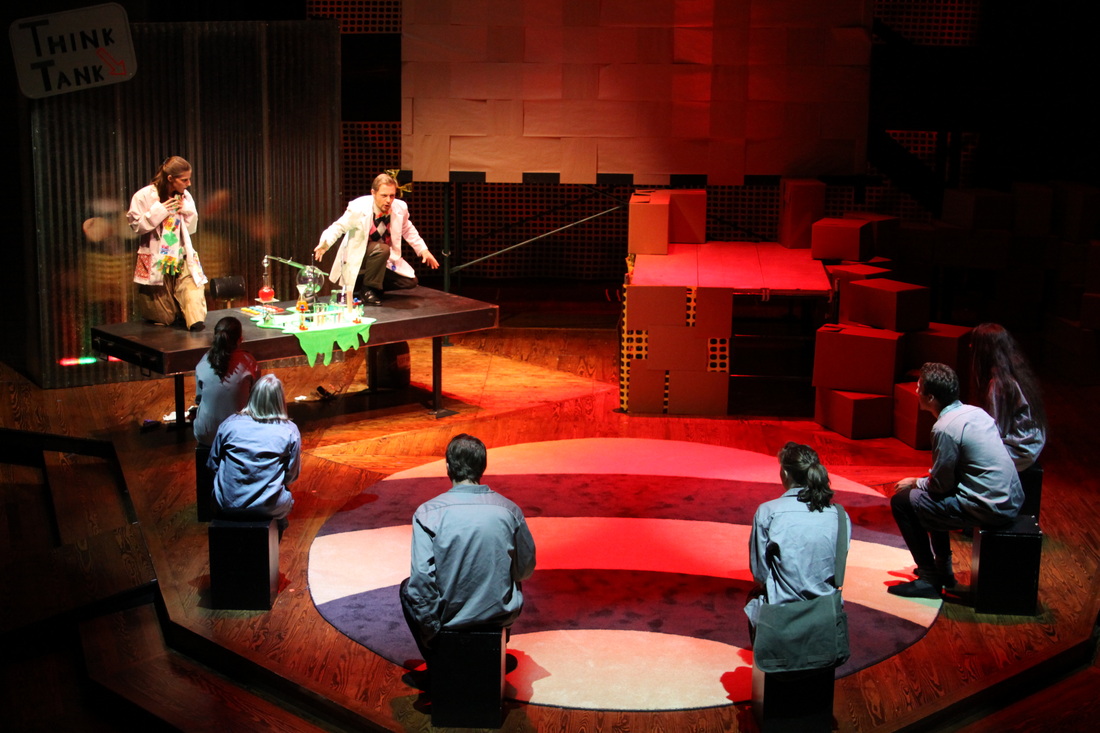 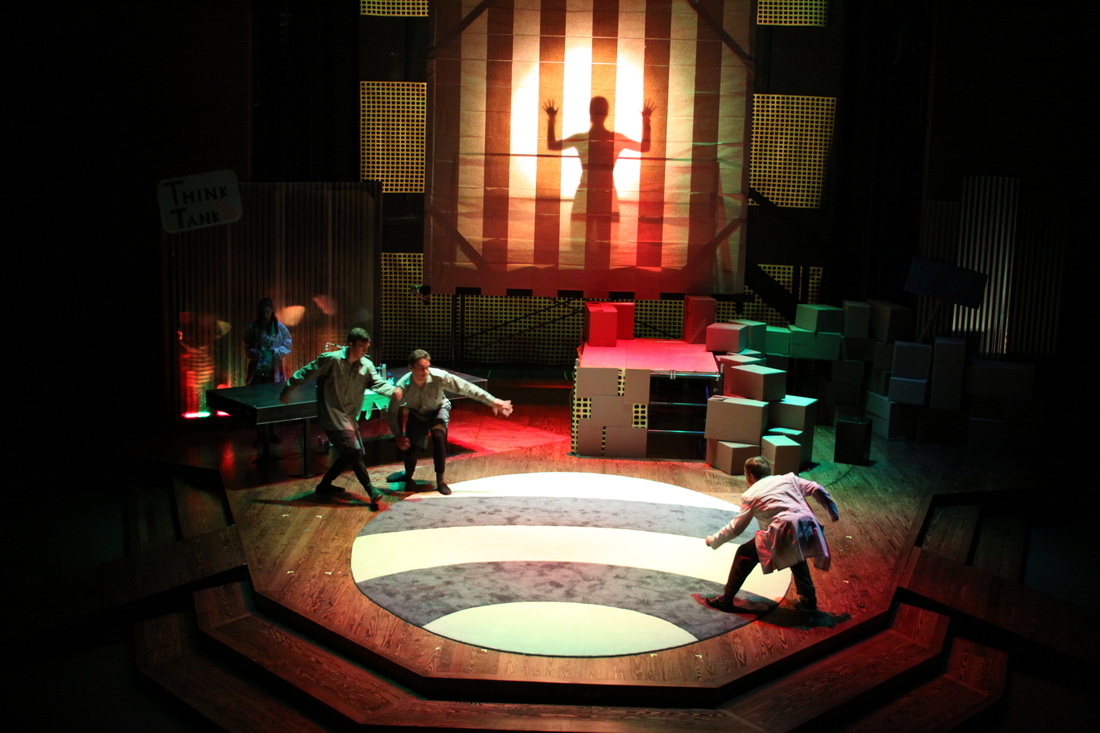