I define community-engaged productions as work that:  1)  involves multiple organizations within the creative process, 2)  targets a specific community for engagement, and 3)  extends engagement beyond the production itself.

Sample Project:  For Colored Girls Who Have Considered Suicide When the Rainbow is Enuf

In addition to serving as artistic director for this production at Pulaski Technical College in Spring 2011, I initiated and coordinated extensive on-campus and off-campus community engagement efforts. 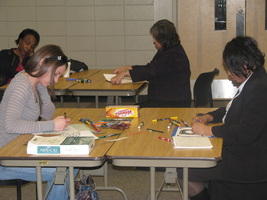 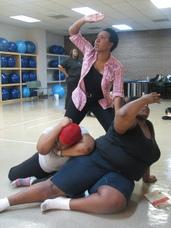